Over the past 25 years, tigers in Cambodia, Laos and Vietnam have become extinct. Also in Malaysia and Myanmar, numbers are decreasing. In contrast to the successful countries India, Nepal and Russia, where numbers are again increasing, tigers in Southeast Asia continue to be threatened by trap-poaching, illegal trade of tiger parts and loss of habitat. The only shimmer of hope in Southeast Asia is Thailand, where important factors are fulfilled to provide for sustainable tiger protection. For one, the national government provides support to efficient habitat preservation and has declared a fight against poaching and related illegal trade. Moreover, financial means must be made available to meet this commitment and finally a strong, well coordinated collaboration must exist between habitat preservation organizations, government, industry and - most of all - the local populace.

There is still a long way to go to reach doubling the tiger populations, a goal set in 2010 by all 13 tiger expansion nations. Even if the global “Tx2” (tiger times 2) goal has been achieved, and 6,400 tigers roam through Asia’s forests, the fight to preserve this majestic big cat must go on. And not only in Asia, but worldwide.

News from our project region

In 2021 again events such as awareness campaigns in schools and villages as well as ranger trainings were cancelled or delayed due to the COVID-19 pandemic. Despite this, the majority of planned activities could be conducted and there is positive news to report.

Tiger protection work began already in 2012 in Mae Wong and Khlong Lan National Parks. Experience of the the past years shows how important it is to preserve the landscape and subsequently the tiger habitat on the one hand, and on the other to expand and improve habitat for prey and to increase prey numbers, so that tigers can find enough nourishment. Current measures in our national parks accordingly cover all these factors.

Start of the Sambar Release

Central to our activities this year was the release of the first sambar (large deer) from protected areas in their natural habitat, national park forests. In previous years commercial poaching of sambar and bantengs (wild beef) for “bush meat” sale to local restaurants caused a significant decrease in numbers of tiger prey. This significant decrease has dramatic consequences for tigers and is to be seen in decreased rates of reproduction and low chances of survival for young, hunt-inexperienced youth. In addition to increased protection of tiger prey by our rangers, targeted increases in numbers of tiger prey are also necessary. Accordingly, reproduction of such animals in protected areas is undertaken, and these animals are then set free.

In total, 32 sambar were prepared in July and August by a team of rangers and veterinarians for release into the Mae Wong National Park – 12 of them were equipped with locator collars in order to track their locations and roaming. To move the animals from their corrals to the wild as stress-free as possible, transport and release occurred at night. The animals will continue to be fed until they have acclimatized to their new environments. All sambar survived the relocation well and are being observed via their locator collars and camera traps. This first animal release, representing a milestone in Thailand’s tiger preservation efforts, will be flowed by many more in the coming  years. Planned for release are 200 sambar, a number that will certainly provide for greater tiger survivability as well as stabilizing the sambar populations in the wild. 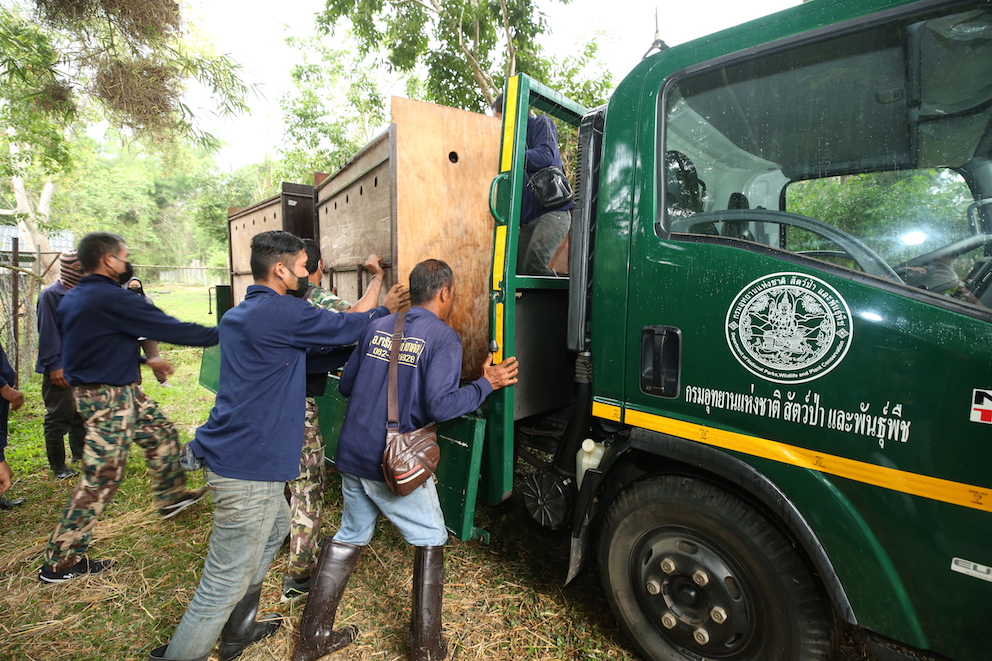 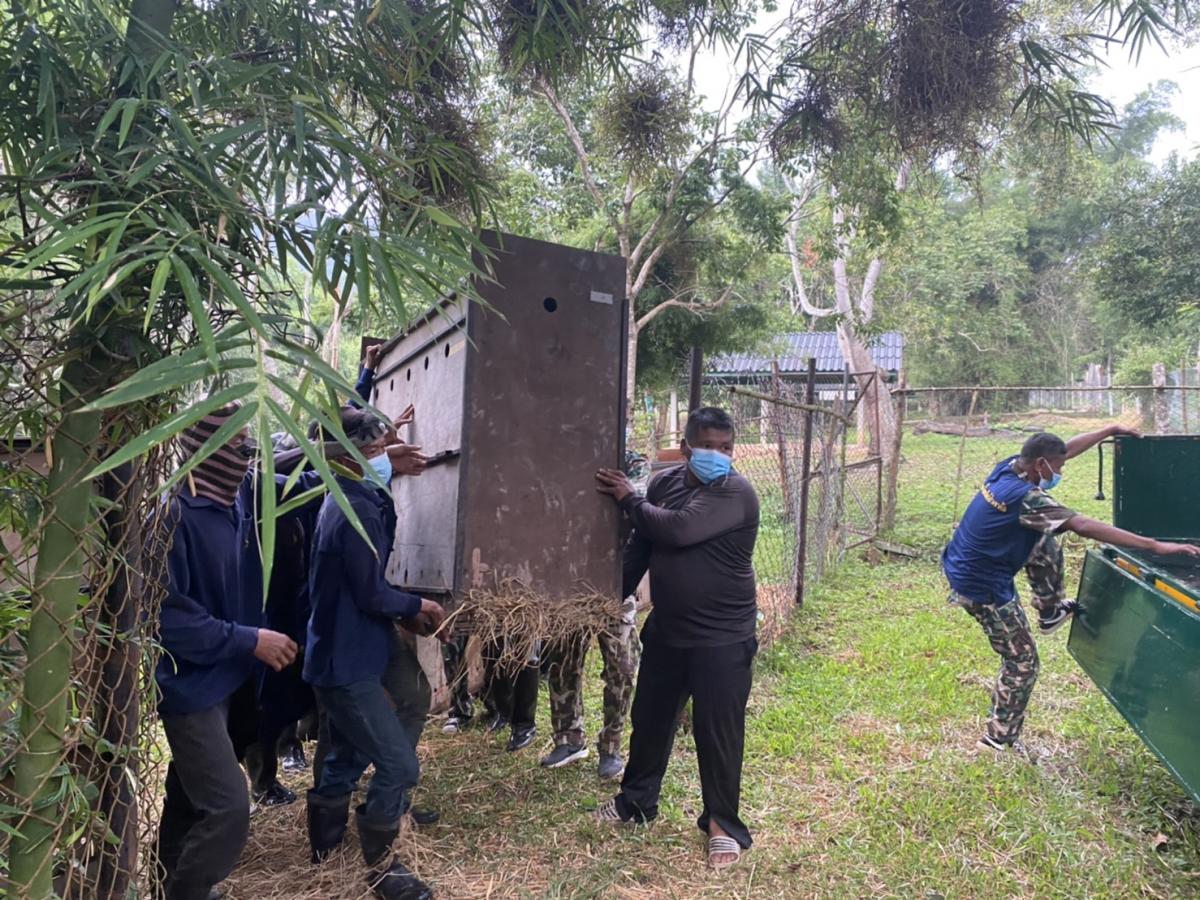 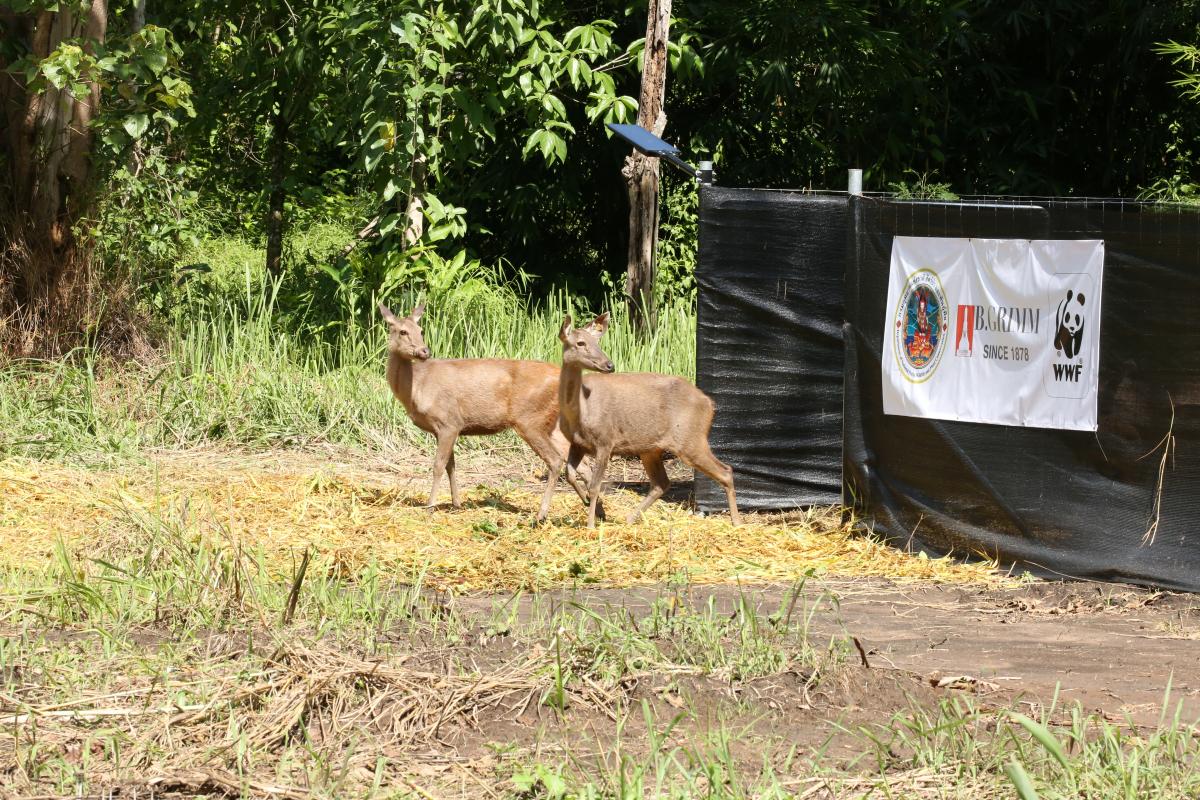 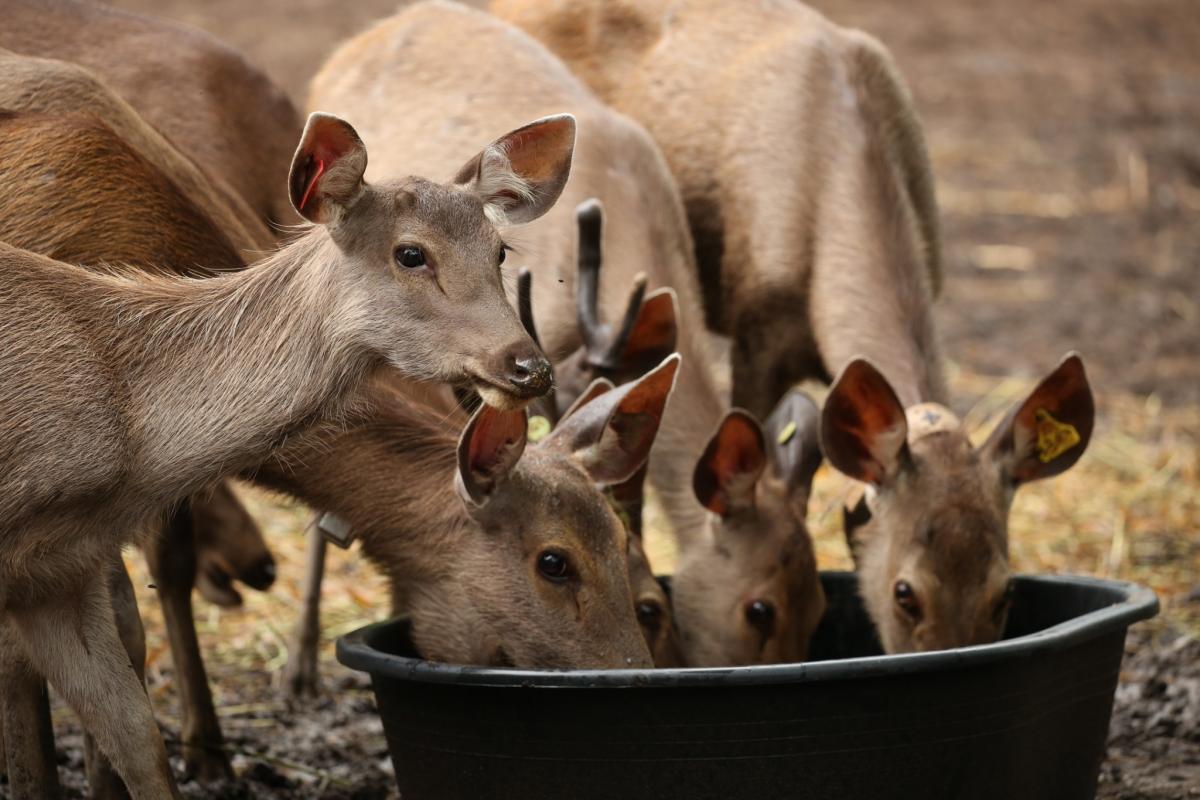 Preceding the sambar release, comprehensive improvements to the habitat were also undertaken in the national parks – a task begun several years ago and continually expanded. Of the 9 grassland planned for the Mae Wong and Khlong Lan National Parks, 6 salt and mineral licks were established in two larger areas and this year were maintained  and expanded. Especially salt licks are necessary for hoofed animals as they provide the animals with needed nutrients and provide for optimal habitat circumstances. 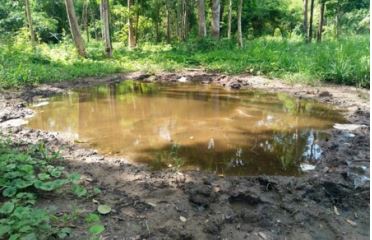 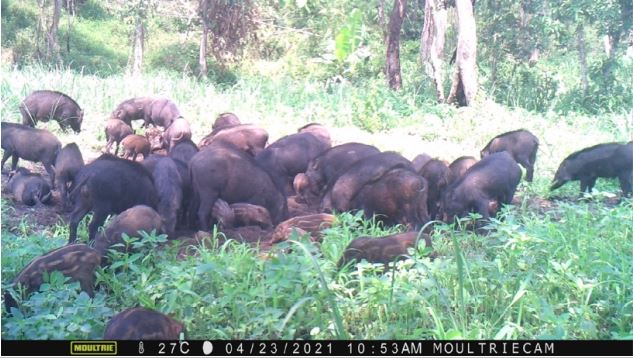 For the sixth time in Mae Wong and Khlong Lan National Parks, and in Wang Chao and Umphang for the second time, analysis of the camera trap photos and tiger census was undertaken. Before commencing field work, 130 rangers participated in trainings in which they learned advanced techniques for analyzing camera trap photos, as well as locating and observing tigers and their prey.

Over a period of 9 months, rangers assessed the camera trap photos from 164 observation sites installed over 4,500 square kilometers of parkland. Results indicate that tiger populations remain stable and that no tigers fell prey to poachers. This success is due to continuous presence of our 200 rangers, who on their patrols this past year covered more than 22,000 km, almost 70% of the total area.

In addition, assessments indicate three tigers, two female and a male animal that migrated from the neighboring Hua Kha Khaeng Wildlife Sanctuary. On a patrol in May rangers became aware of one of the females because a sambar deer cadaver had been dragged 100 meters through dense brush, an act quickly traceable to a tiger. To confirm their suspicion, the rangers installed a camera trap near the cadaver – and waited. Two days later, the rangers assessed the camera trap video footage and actually saw a tiger. In order to identify the animal and to determine whether the animal was one already known, the photos were compared to images in the databank at the Khao Nang Ram Wildlife Research Station. As such, rangers compared the new photos with those of known animals. A tiger’s stripes are as individualized as a human fingerprint – tigers can thereby be identified without a doubt. The result: the animal is a previously unknown in Mae Wong tiger female who had migrated from the Huai Kha Khaeng Wildlife Sanctuary. 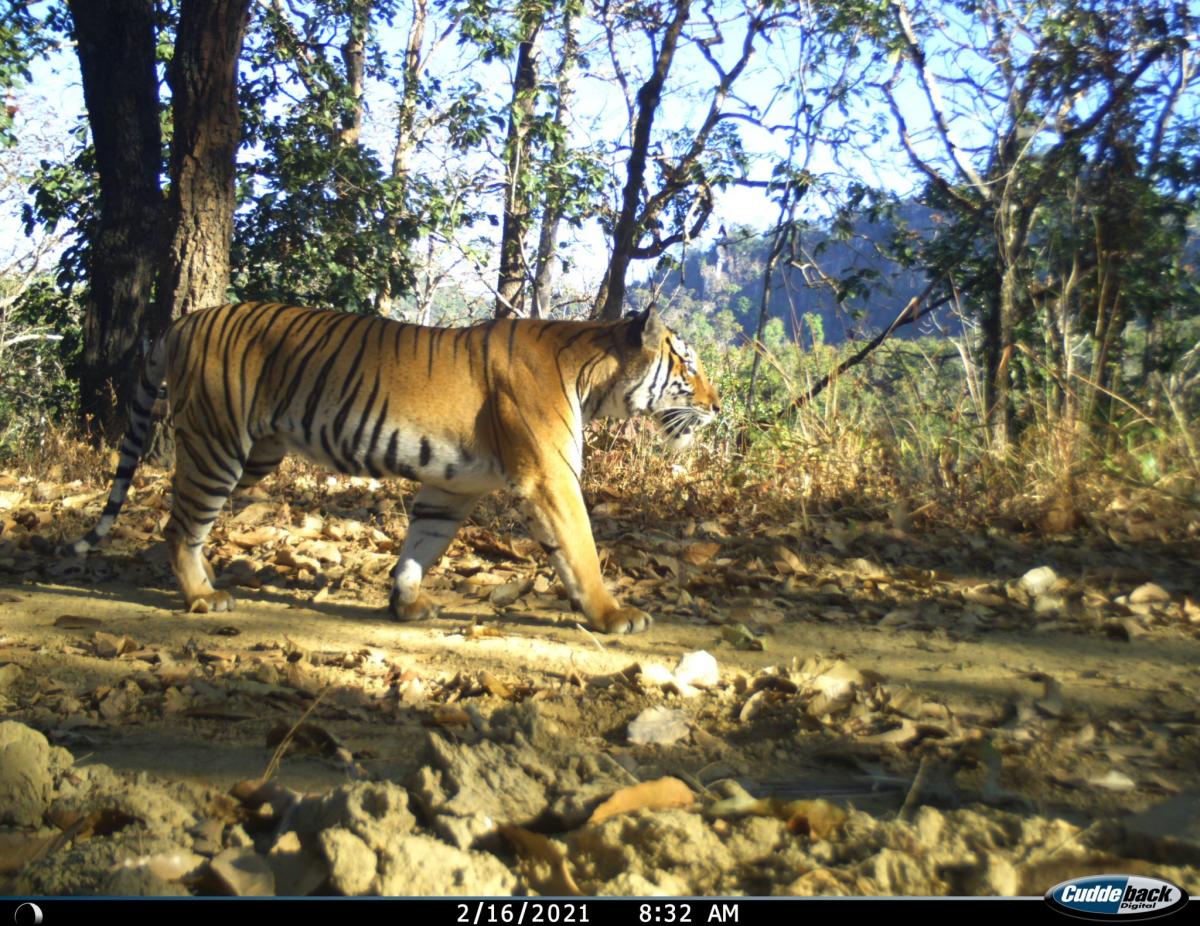 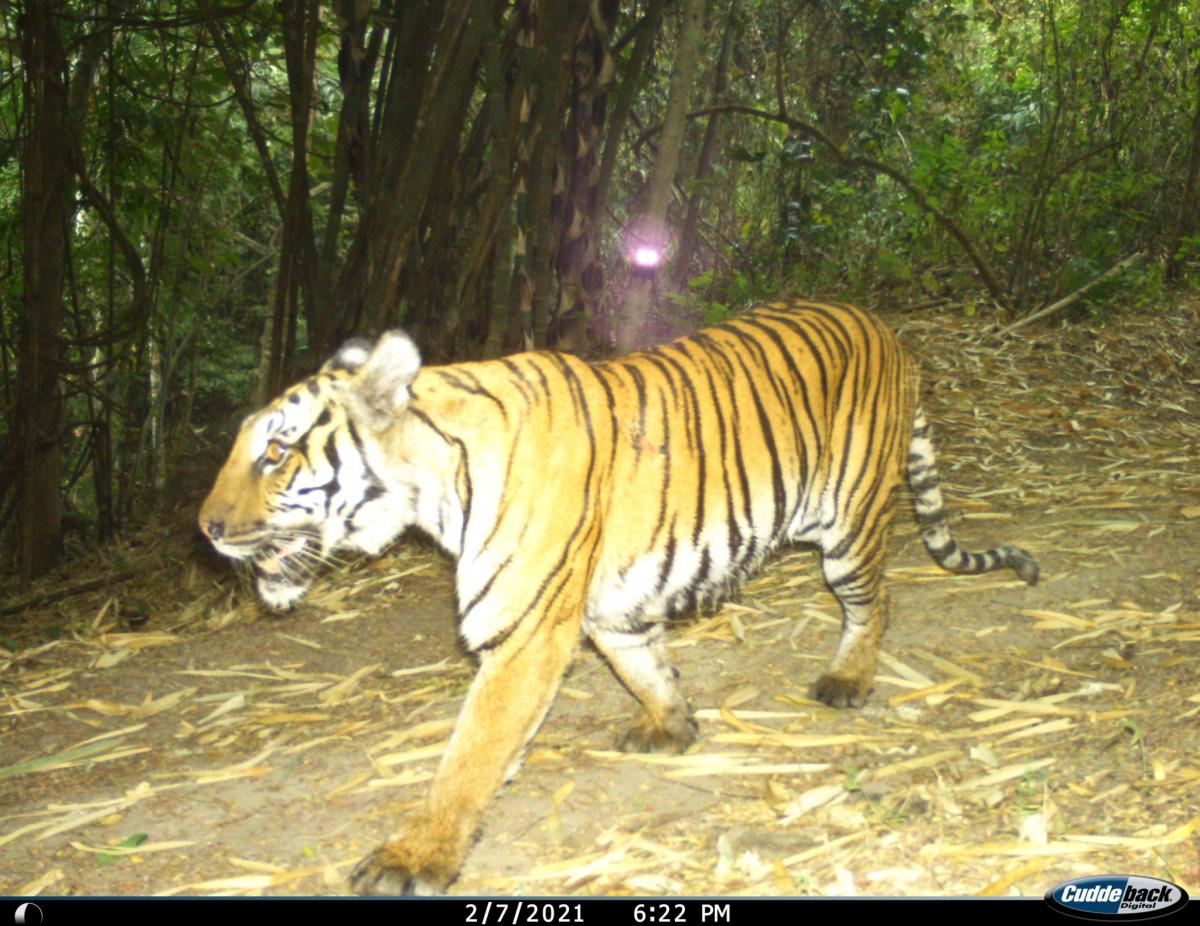 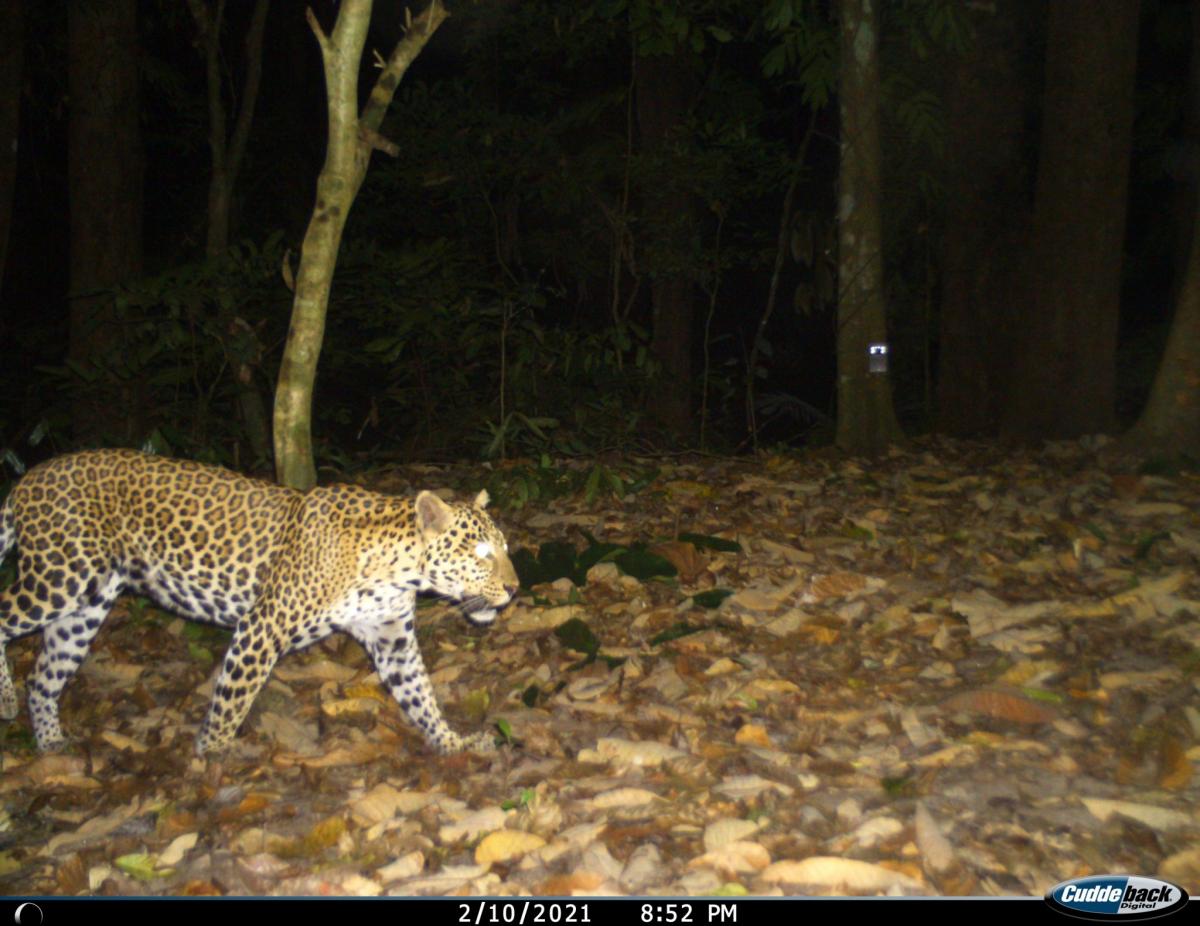 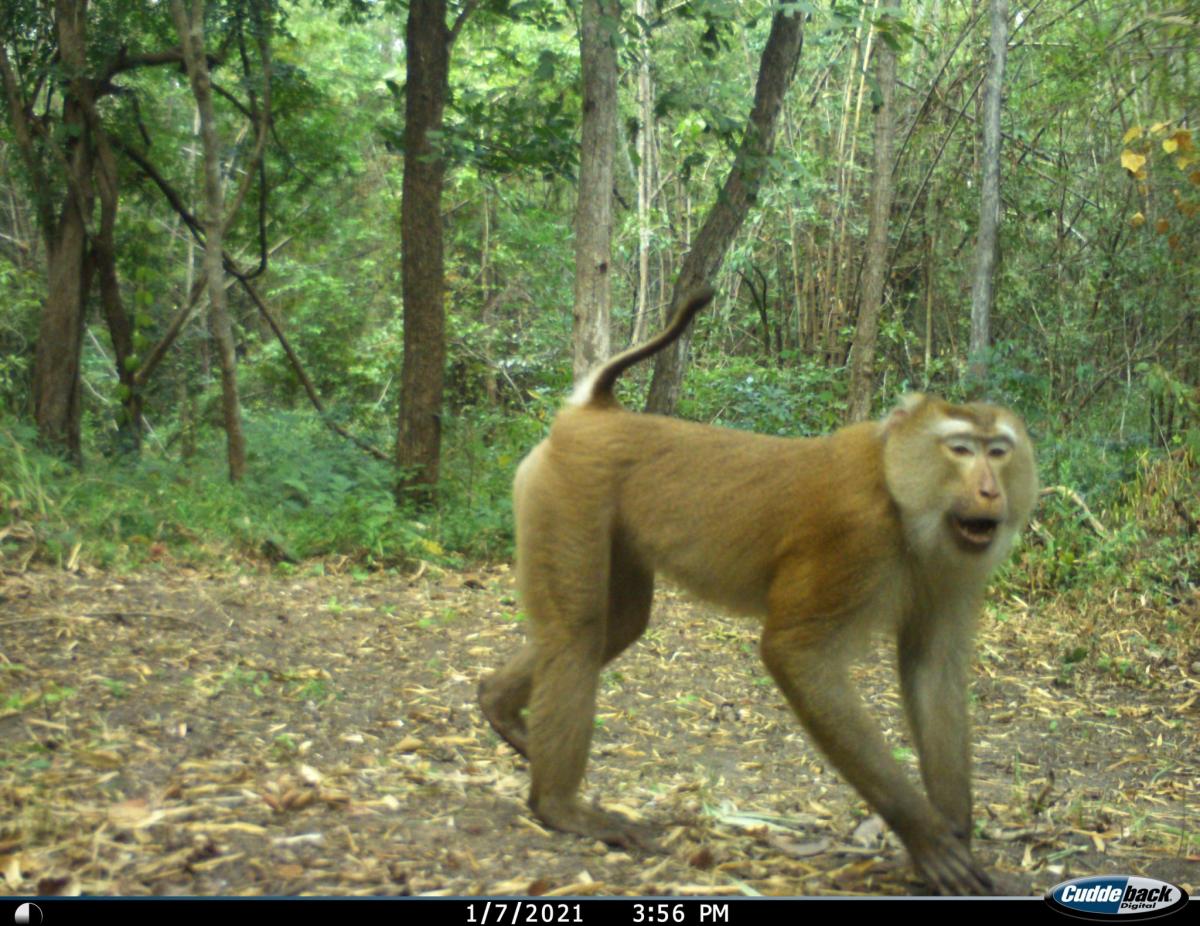 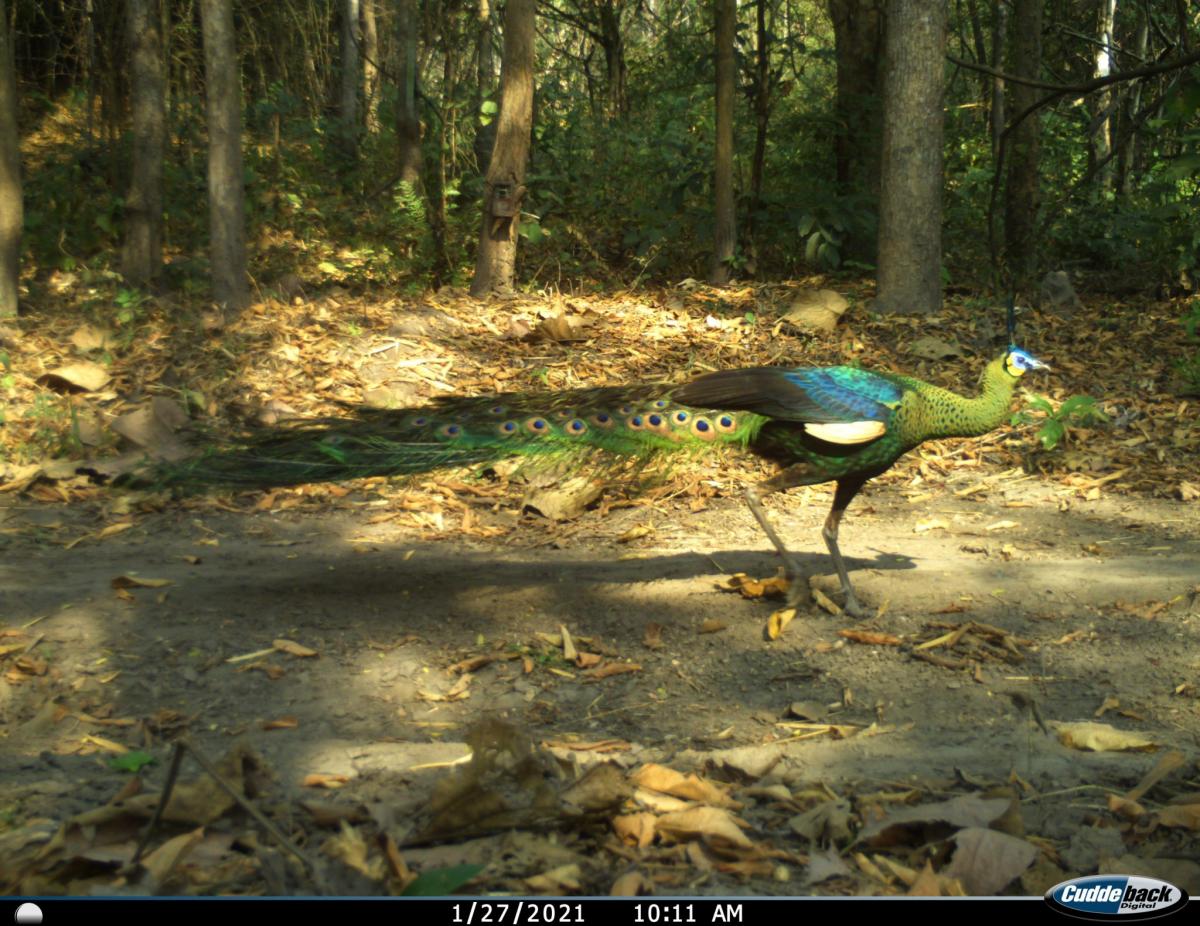 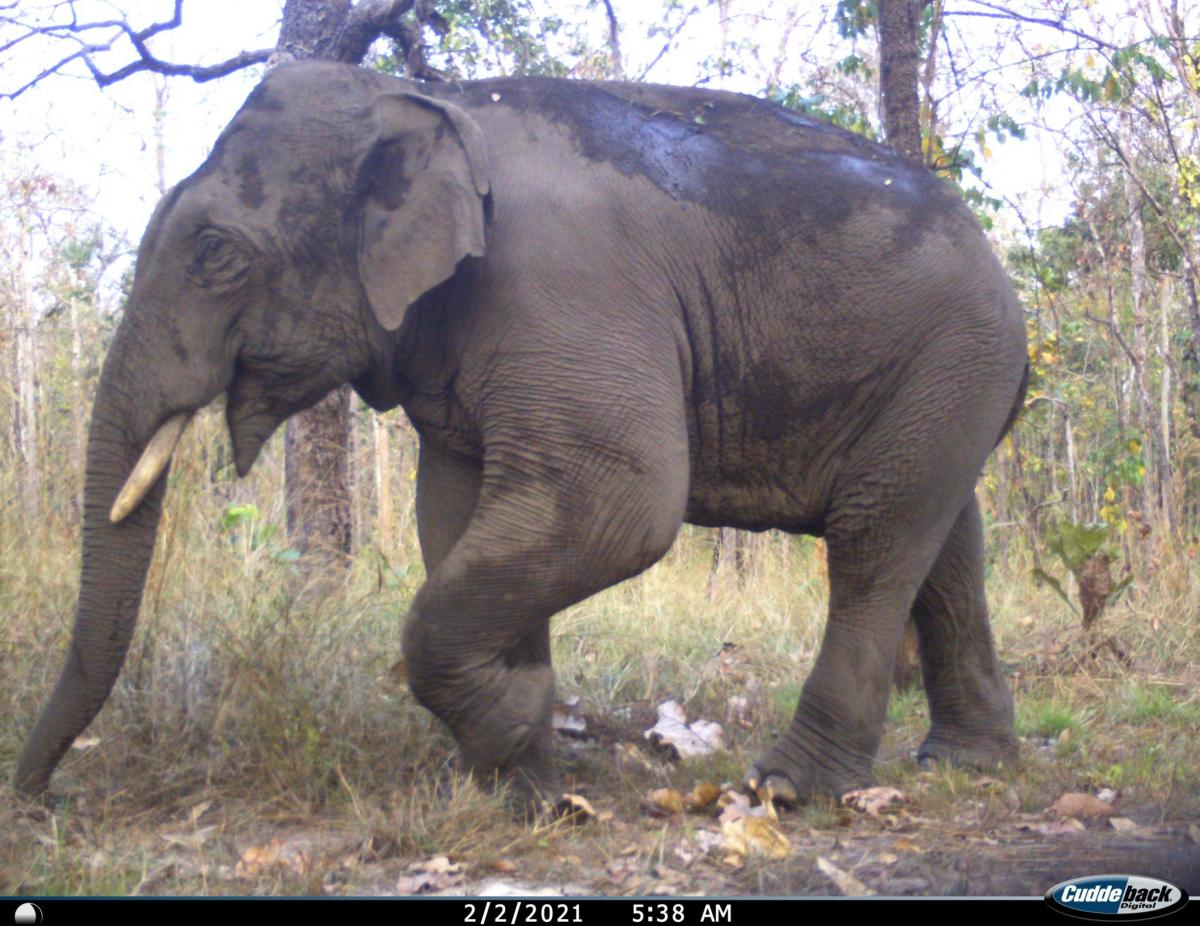 The fact that already several tigers from neighboring areas have migrated into Mae Wong is a positive sign and grounds for celebrating. Tigers generally leave their home area only when the number of tigers in that area becomes too high. The migration of the tigers from the Hua Kha Khaeng Wildlife Sanctuary is an indicator for the fact that the number of tigers continues to climb. The last census of the previous year had already shown an increase from 46 to 71. The new inhabitants of Mae Wong National Park also contribute to an increase in the tiger population of their new home. This example also demonstrates the vital importance of maintaining corridors between various tiger habitats. Only in this way can animals in cases of population growth migrate to area of lower density and only in this way can a genetic exchange occur between animals of different groups. 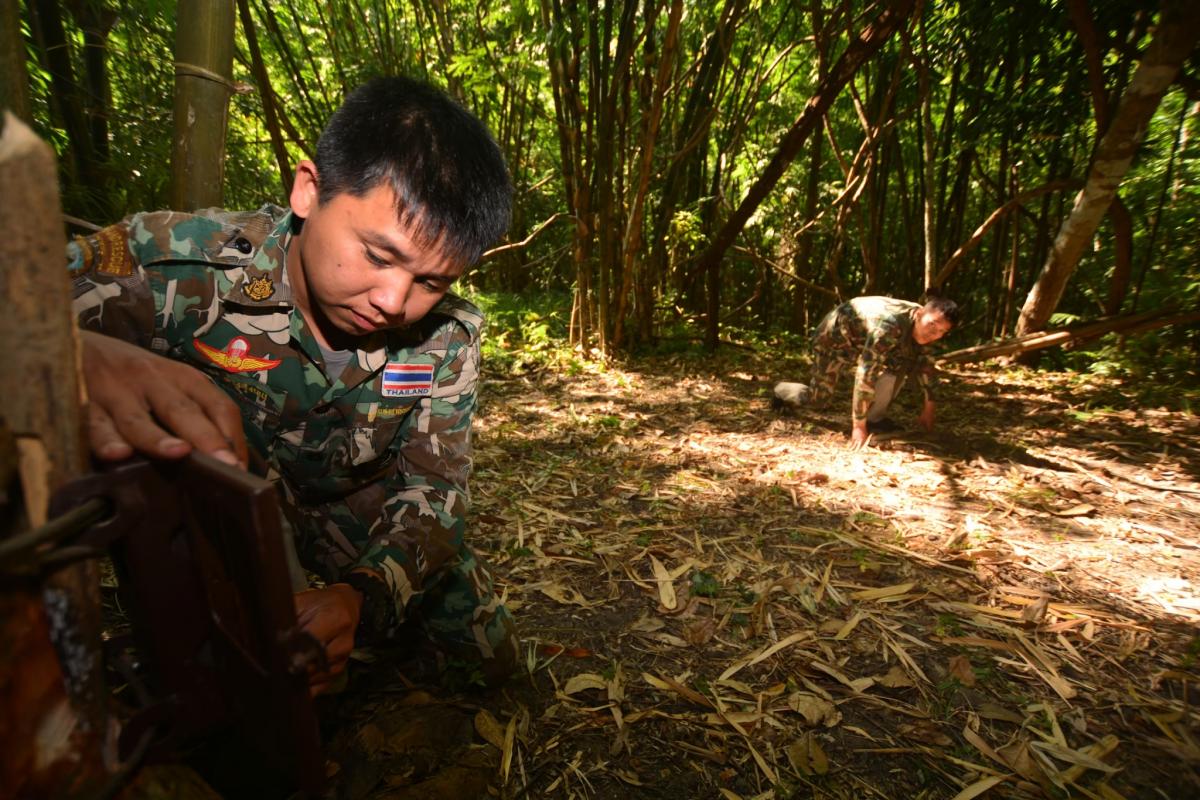 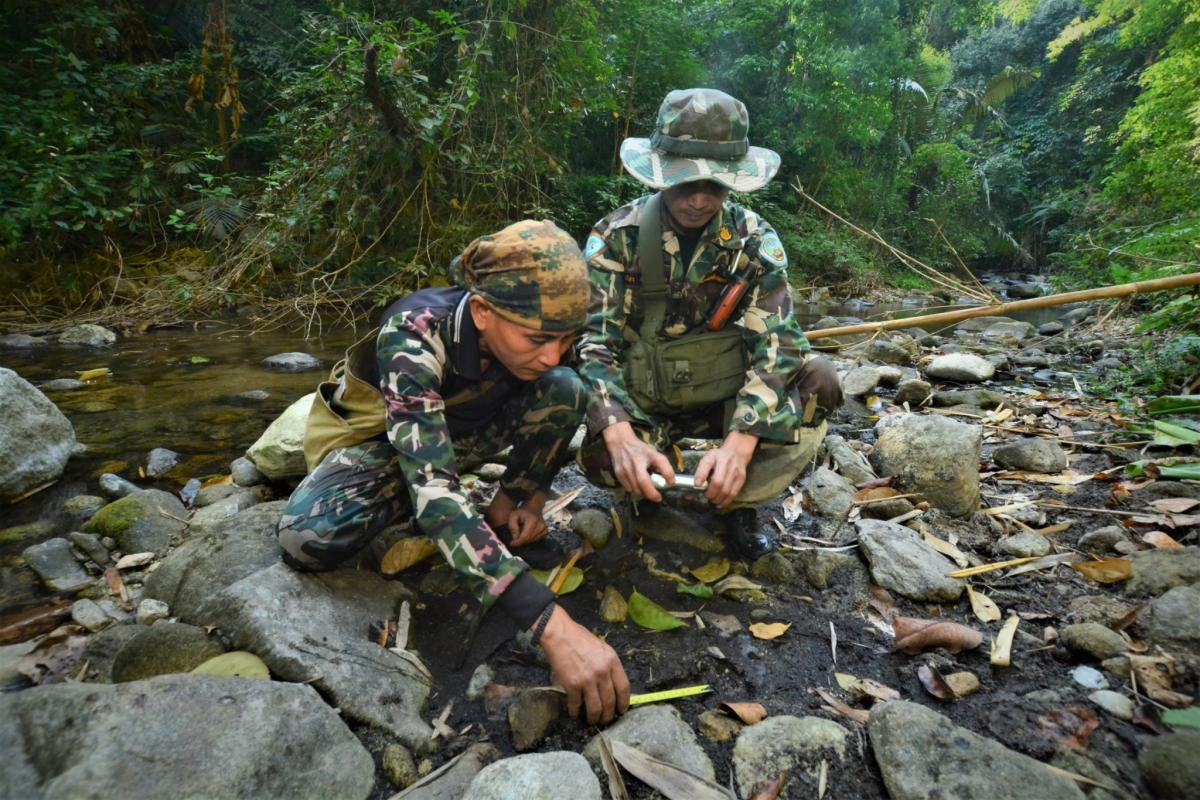 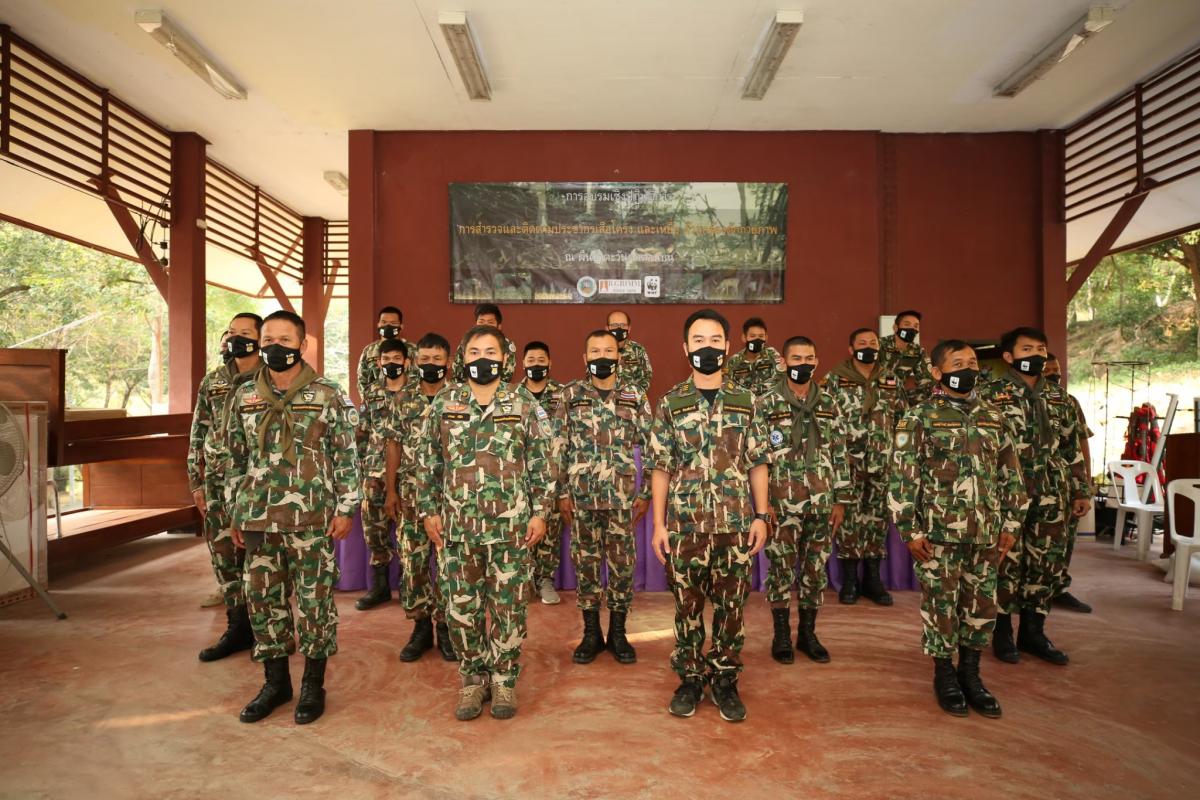 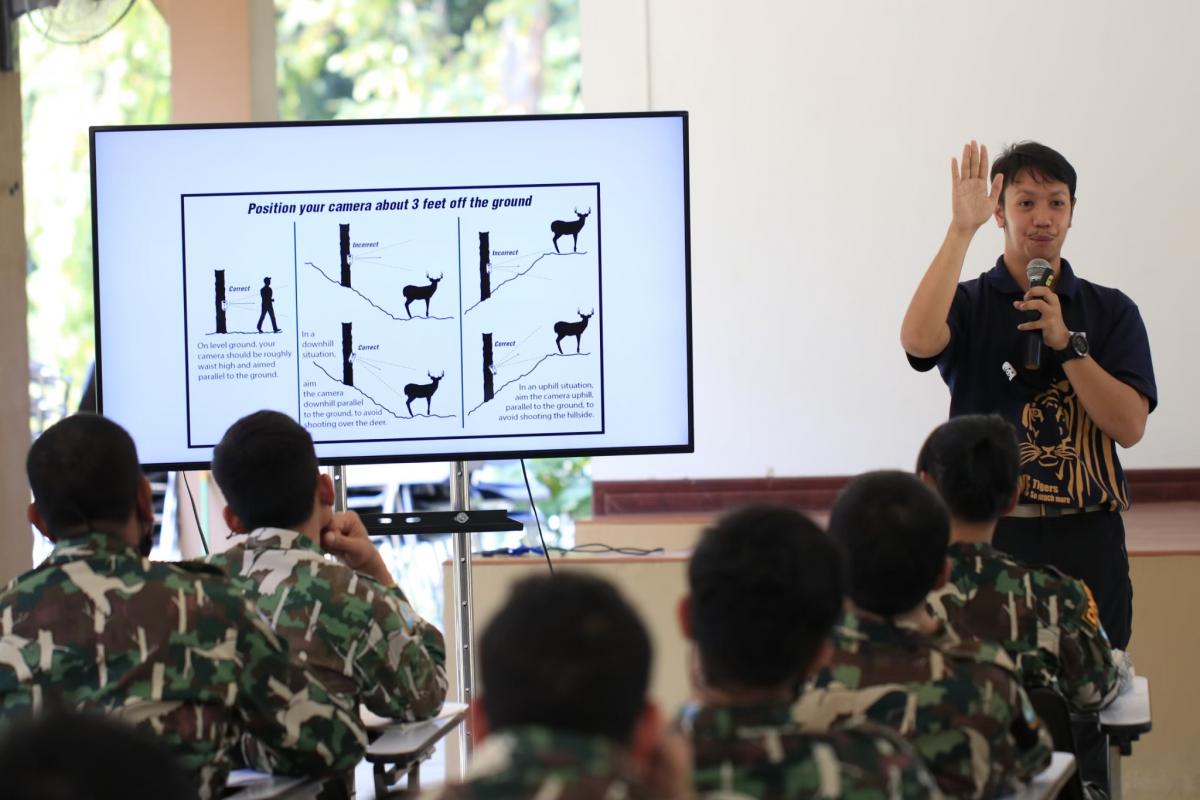 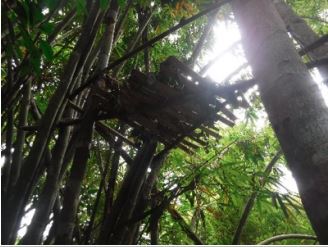 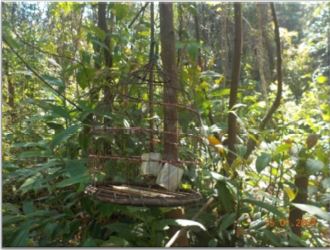 So that the rangers can cover ever increasing areas of the national parks on their patrols, a network of ranger stations must be constructed and maintained. In addition to a new “Tiger Conservation Center” in Umphang, that will serve as a base for assessing camera trap images and processing data, as well as for increasing awareness, several existing ranger stations desperately needed renovation this year. Along with the Pang Khao San Ranger Station, built 30 years ago when Mae Wong National Park was founded, renovations were undertaken in Smart Patrol Centers in Umphang and Khlong Lan. These ranger stations offer the rangers nightly accommodation, and in many cases are equipped with large maps and technical equipment so that the ranger teams can coordinate and optimally collaborate. 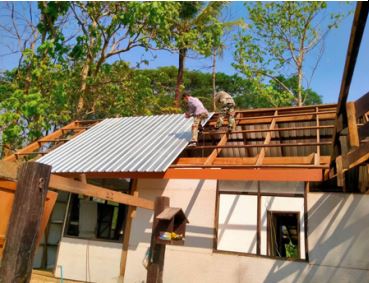 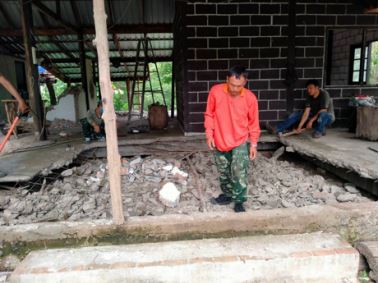 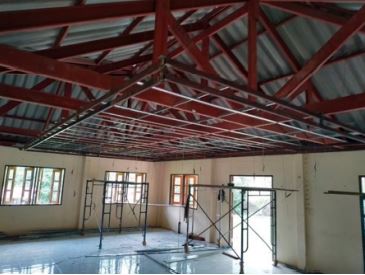 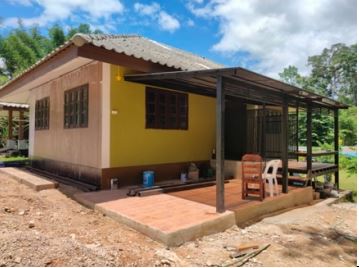 Awareness Campaigns in Villages and Schools: the Tiger Learning Center as a Model for Future Learning

As part of the regularly occurring activities to sensitize local populations to tiger and wildlife protection, several villages and schools near the national parks were visited this year. In total, 600 students of the Ban Plang See and Anuban Khlong Schools as well as 200 local villagers of the Hmong flea market participated in the events. 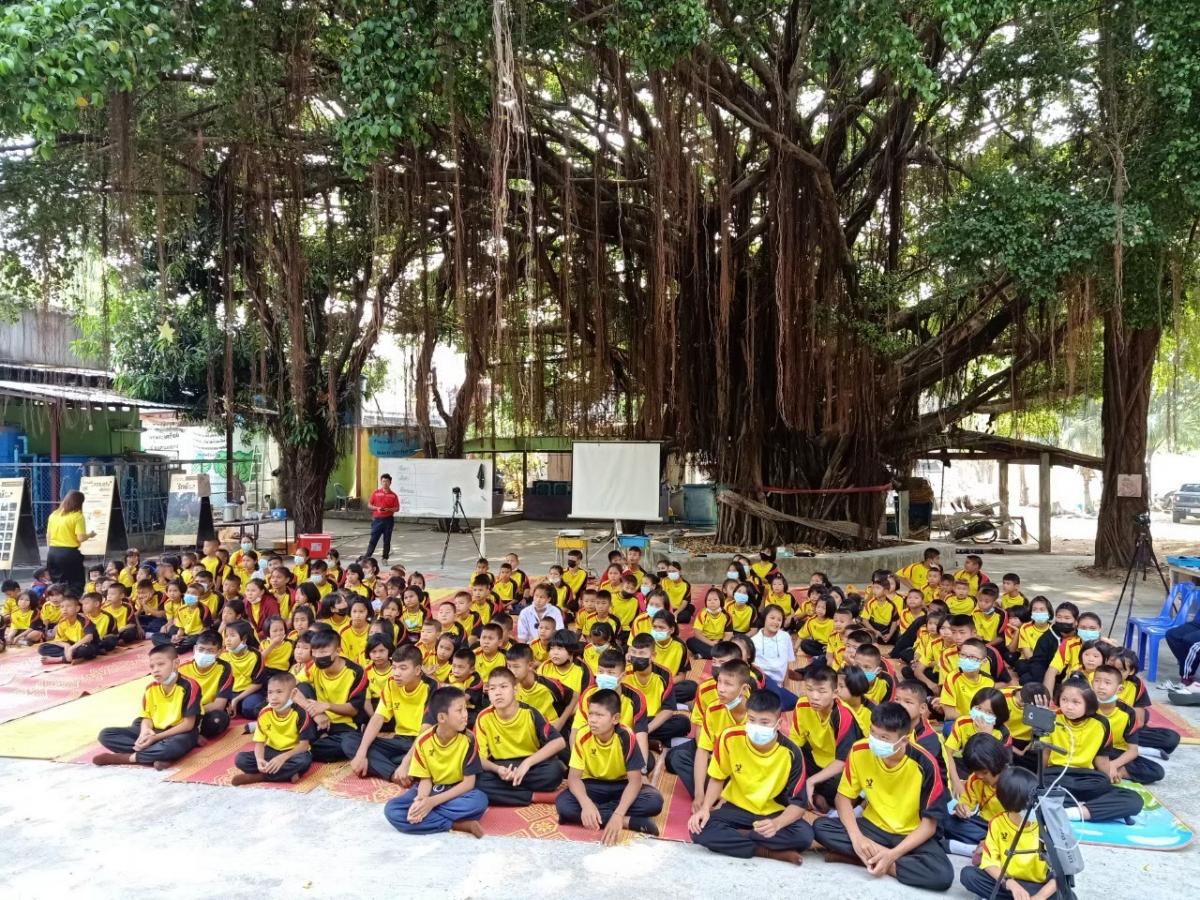 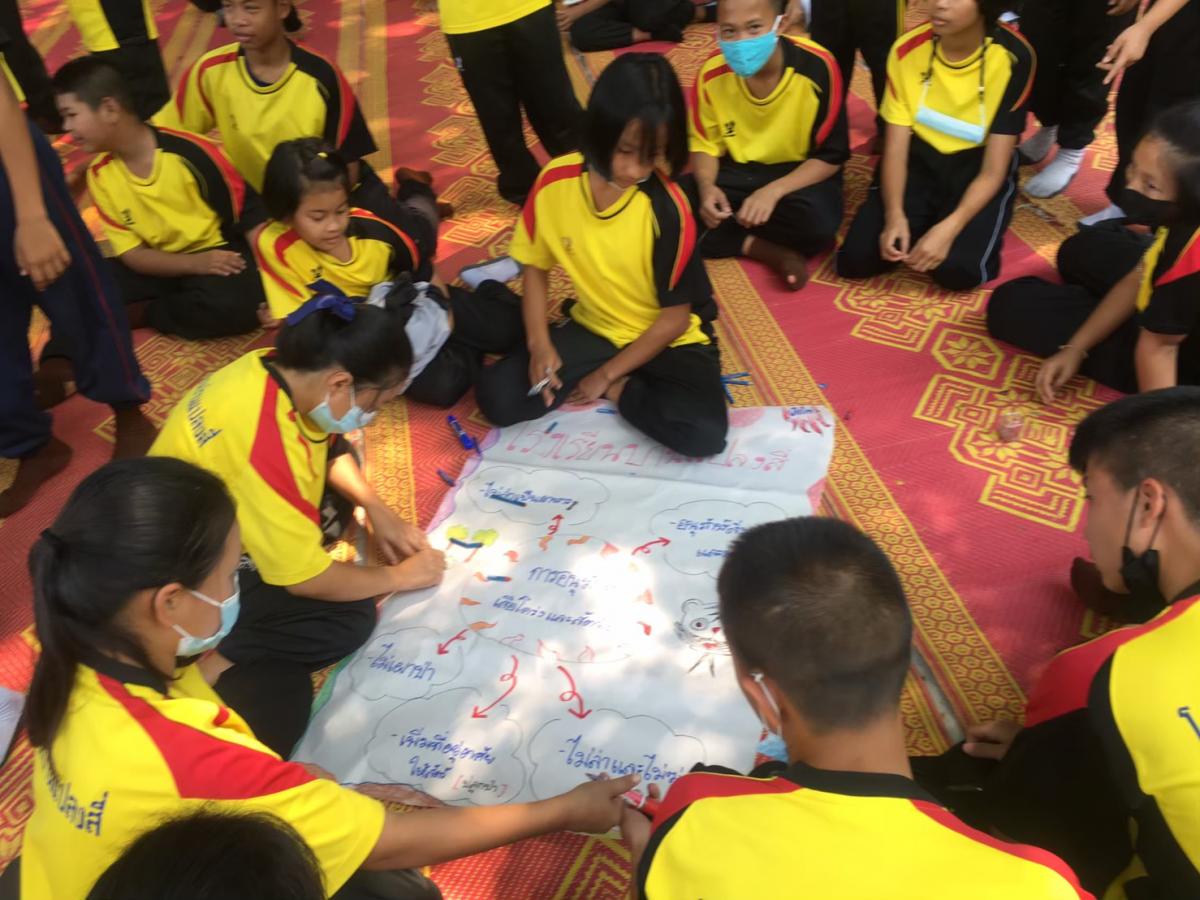 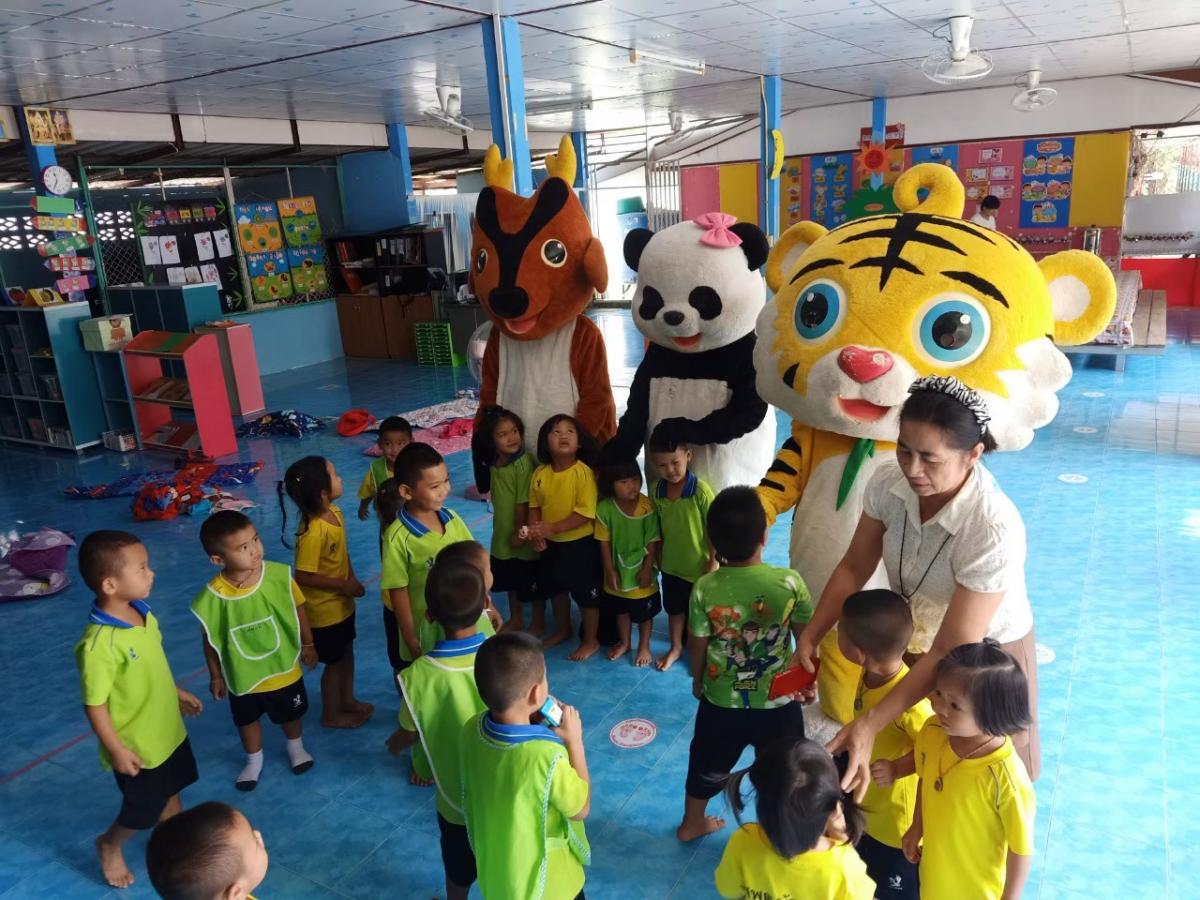 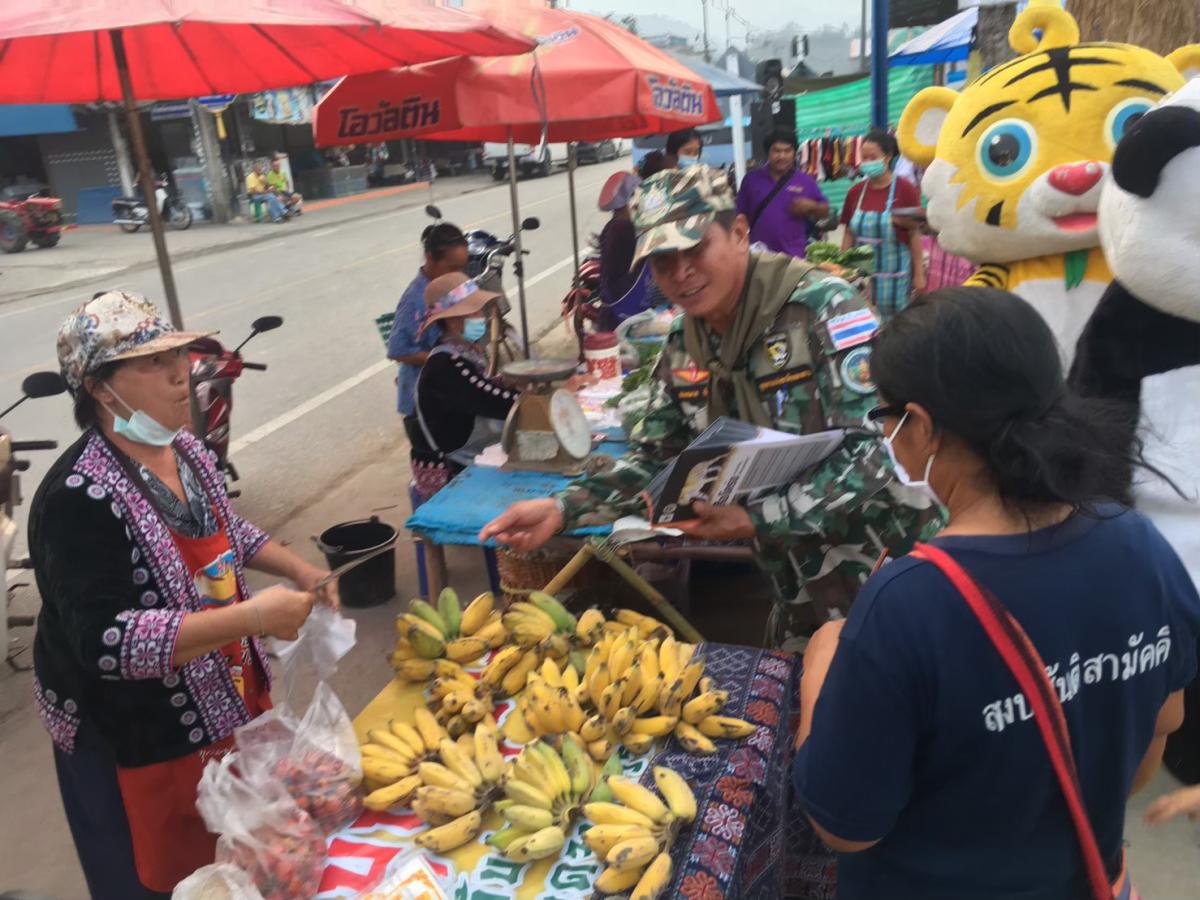 The Tiger Learning Center established last year in order to give students and villagers the opportunity to learn everything about tigers and other animals in their home forests was visited by 131 students of the Ban Khlong Nam Lai, Ban Chai Mongkol and Bang Tha Ma Khue schools. The children are excited about this opportunity outside their normal classroom to learn in playful and creative ways about the life and meaning of the animals and their forests.

It is our goal to use these new and creative learning strategies to awaken the interest of the children and their parents for nature preservation. In turn they then become engaged and deliberately preserve the natural resources and environment around them. The Tiger Learning Center is also being visited by teachers from other schools who plan to incorporate the content and special means for sharing knowledge into their own lesson plans. 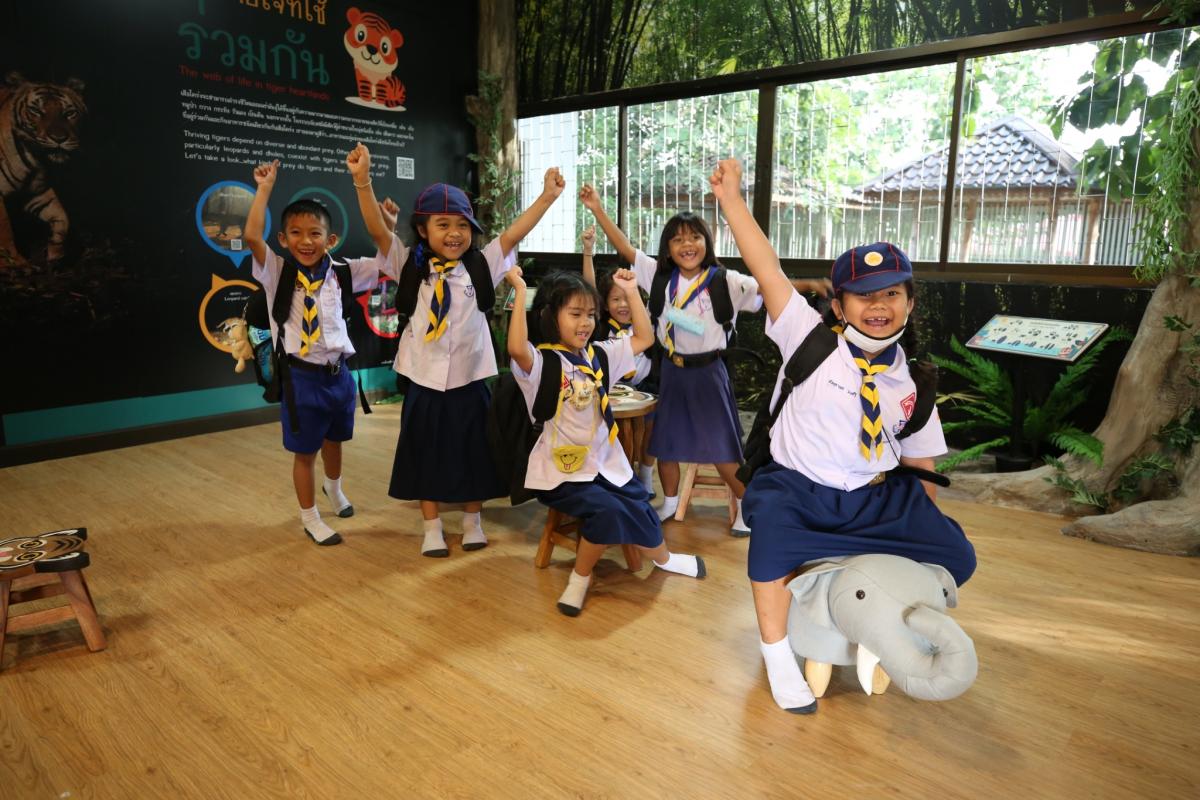 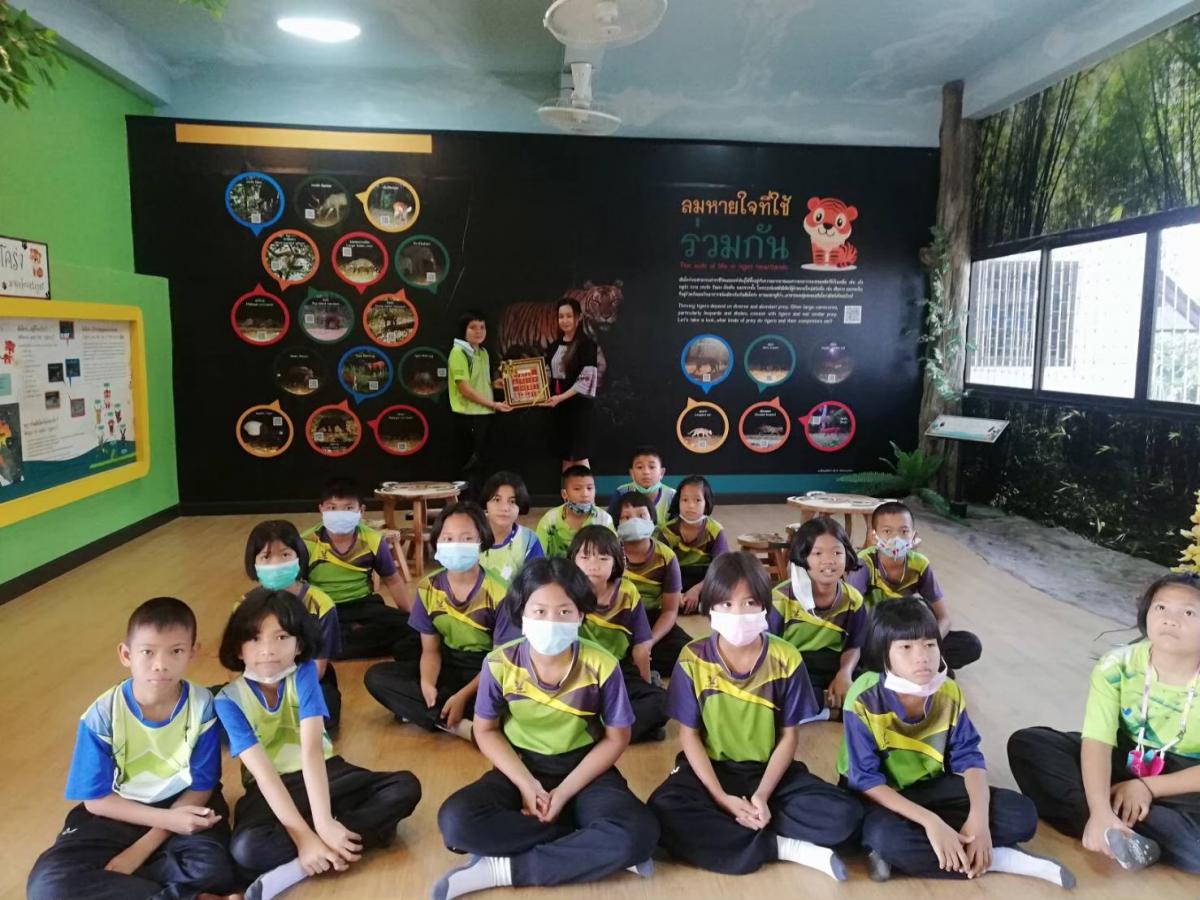 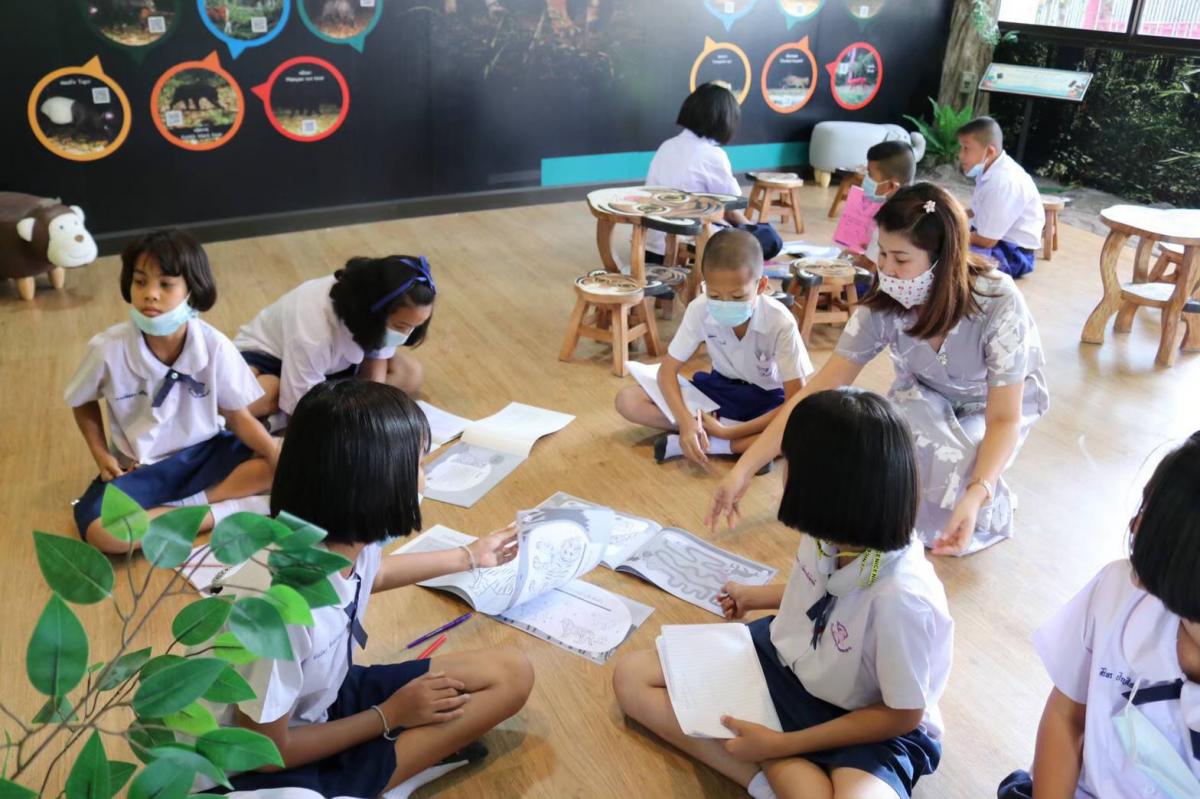 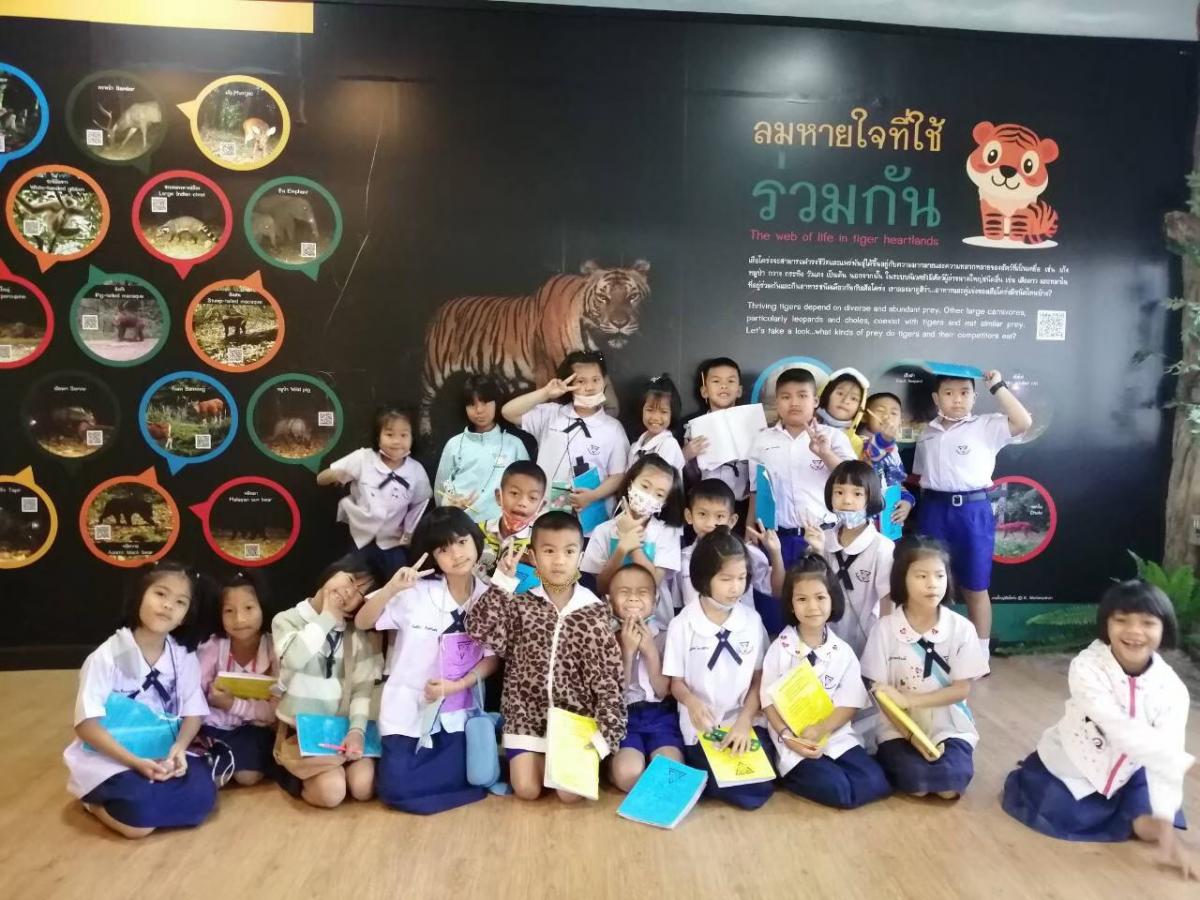 The annually occurring “Tiger Youth Camp,” used to share knowledge about wild animals and intact ecosystems over a three day excursion, had to be cancelled this year due to the COVID-19 pandemic.

Concluding this year’s report, we would like to mention a very special development. The Department of National Parks, Wildlife and Plant Conservation (DNP) an agency of the Thai national government and responsible for the national parks, has decided to nominate Mae Wong and Khlong Lan as part of the Thung Yai - Huai Kha Khaeng UNESCO World Preservation site. The national parks are characterized by a rich biological diversity and wild animal populations - such as tigers – that through the continuous work of the rangers and support of several other people have been revitalized so that in some cases even an increase in populations is to be noted. Our observation data from the past 10 years that document the developments of tigers and other animals in the national parks, are an important component of the nomination process. This news underscores again the great potential our project region has and what an important role it plays to give tigers a future in Thailand.

Copyright © 2022, A World for Tigers Foundation
Theme by Devsaran